When Jens Sjogren told some other directors he was making a film about Zlatan Ibrahimovic, he didn’t exactly receive universal encouragement.
“They were like, ‘Are you suicidal? Are you not happy with your life? Why do you want to make a film about Zlatan?’.”
In Sweden, everyone has an opinion about Ibrahimovic. Much like the rest of the world, he is a room-splitter; a man about whom few hold neutral views. Throw in the fact that making football in films feel realistic is notoriously difficult/almost impossible, and you can see why so many of Sjogren’s peers were trepidatious about I Am Zlatan, the film based loosely on parts of Ibrahimovic’s autobiography of the same name.
The key was getting the lead role right. To cast someone who would be plausible as not only Ibrahimovic the man but also Ibrahimovic the player. No pressure, then.
Sjogren consulted the man himself for some advice. “He said, ‘But how will you ever find someone like me?’. He laughed, but I said, ‘OK, you can joke, but…’.”
Sjogren made the decision early in the process that he would be far more likely to find a footballer who could act to the required standard, rather than an actor who could play football. 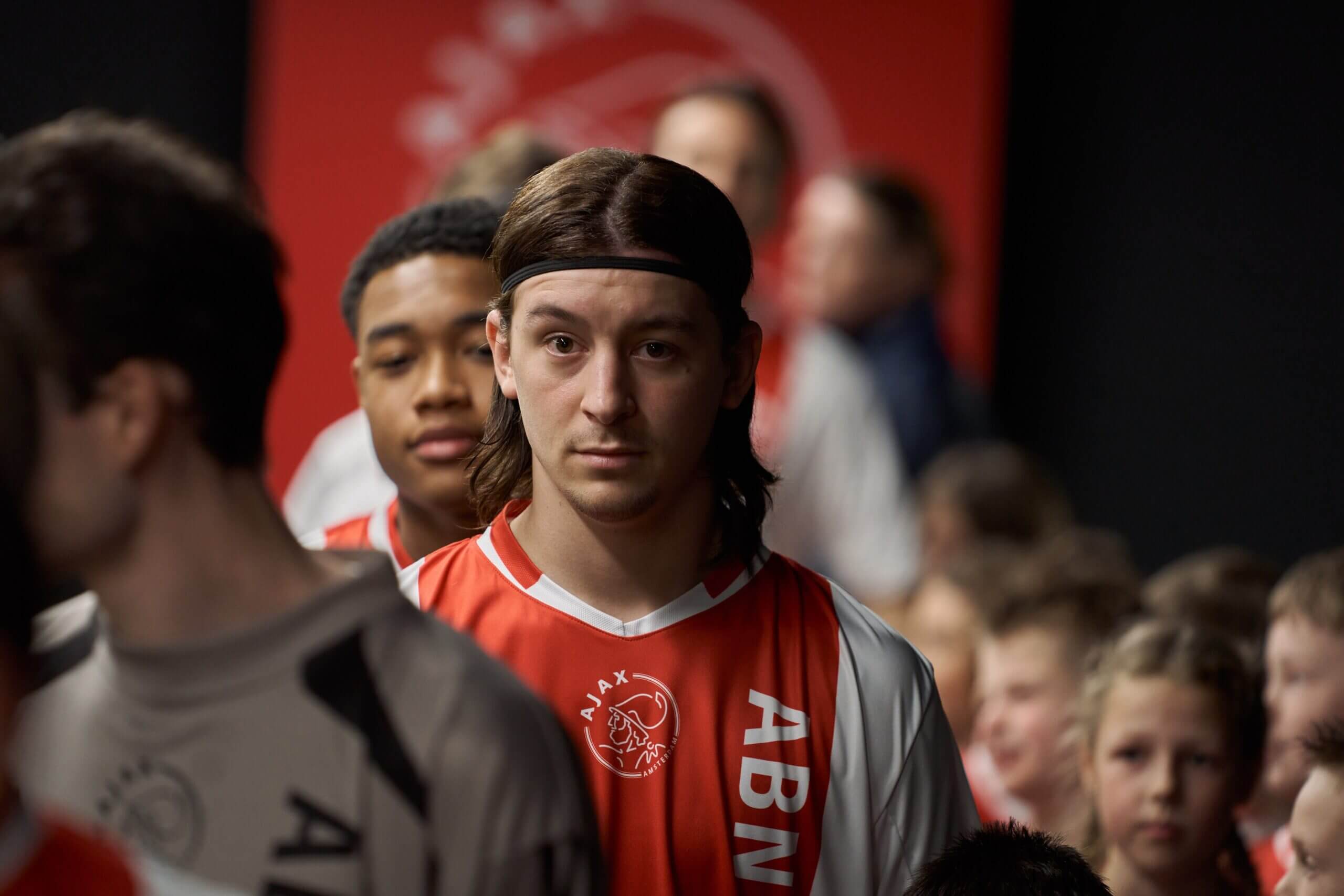 “We looked at some famous actors, but you don’t want to see that casting tape, believe me,” he says. “We were on the verge of being like, ‘We aren’t going to get this together. We’re not going to find anyone’.”
Then, when they were close to giving up, they found themselves watching a training session for Eslovs BK, a fourth-tier Swedish side from a small town about half an hour outside Malmo. They spotted a talented striker called Granit Rushiti, who had recently been for trials in Portugal with Sporting and Benfica.
“The first time we saw him on a football pitch, me and my producer were just like… fucking hell.” The physical likeness — the way he held himself, the way he ran — to Ibrahimovic was remarkable. “It was during the evening so there was this amazing light. We saw him from a distance and just saw the way he moved.”
Rushiti needed some convincing. “I did a casting, then I was going to meet Jens,” he says. “But the first time I was due to go, I decided ‘I’m not going to do it’. I went out with my friends instead.”
A very Zlatan move. But Sjogren was irked: “I was just like, ‘Fucking hell, you stupid asshole’.”
But then a few days later Rushiti injured his knee — for the second time — an injury that was so bad his chances of making it as a professional footballer were at the very least severely hampered. “I thought that if I can’t do anything with my football, I have to do something else. I want to be a rich man, you know.”
I Am Zlatan’s narrative is split into three sections: Ibrahimovic’s childhood (when he is played by child actor Dominic Andersson Bajraktati), his breakthrough into the first team at Malmo in his late teens and his last season at Ajax, culminating in that famous goal against NAC Breda and his transfer to Juventus.

Rushiti took on those latter two spells. Playing Ibrahimovic — embodying that persona — is a difficult task, but in many respects anyone who has the chutzpah to think they can do it is already halfway there.
“I didn’t feel nervous at all,” says Rushiti. “Seriously. When I got the role and we were going to shoot, I was just like, ‘I’m going to do my best and the best way I can do it’, but they can’t expect me to do it like Brad Pitt could. I wasn’t an actor. Even before shooting, I was confident I would do a good job. Nobody is going to do it better than me.”
They started with the voice. Ibrahimovic has a very particular accent and way of talking in Swedish, and the theory was that if they got the voice right, that would unlock the rest of it. Sjogren didn’t want Rushiti to meet his subject before they started filming, for fear that he would just do an impersonation, but he did send him interviews from when Ibrahimovic was in his late teens and early 20s.
“I got him to recite the interview to see if he could get the ‘musicality’ of (Zlatan’s voice),” says Sjogren. “He sent me the video, and it was so amazing. When Zlatan saw the film, he was like, ‘He talks EXACTLY like me’. When Granit started to talk like him, something happened with his movement, how he walked, how he ran, how he held himself.”
In the first five minutes of the film, you see Rushiti as Ibrahimovic, and because the two aren’t particularly alike facially, and the actor is shorter than the footballer, you wonder whether this is actually going to be convincing. But then there’s a shot from behind, of Rushiti walking down a corridor: all you can really see are his shoulders and the back of his head. Instantly, because of how he holds himself and how he walks, you think, “That’s Zlatan.”

The shoulders, and how Rushiti held himself, were just as important as the voice. Sjogren put a piece of tape between Rushiti’s shoulder blades, to constantly remind him of the posture he needs. “That was to remind me to always have my shoulders back like Zlatan. It was to remember, ‘I am Zlatan now, not Granit’. When I got his accent, I was like, ‘Now I know how he walks, how he does everything’. But I was always trying to concentrate on my shoulders.”
Rushiti is from a similar background to Ibrahimovic, so the attitude came relatively easily too. “Granit comes from a rough area outside Malmo, so when I first met him he was like, ‘Yeah, who are you, what are you looking at?’.” says Sjogren.
“I’ve been through lots of the same things as him,” says Rushiti. “Although I’ve been in much more trouble… 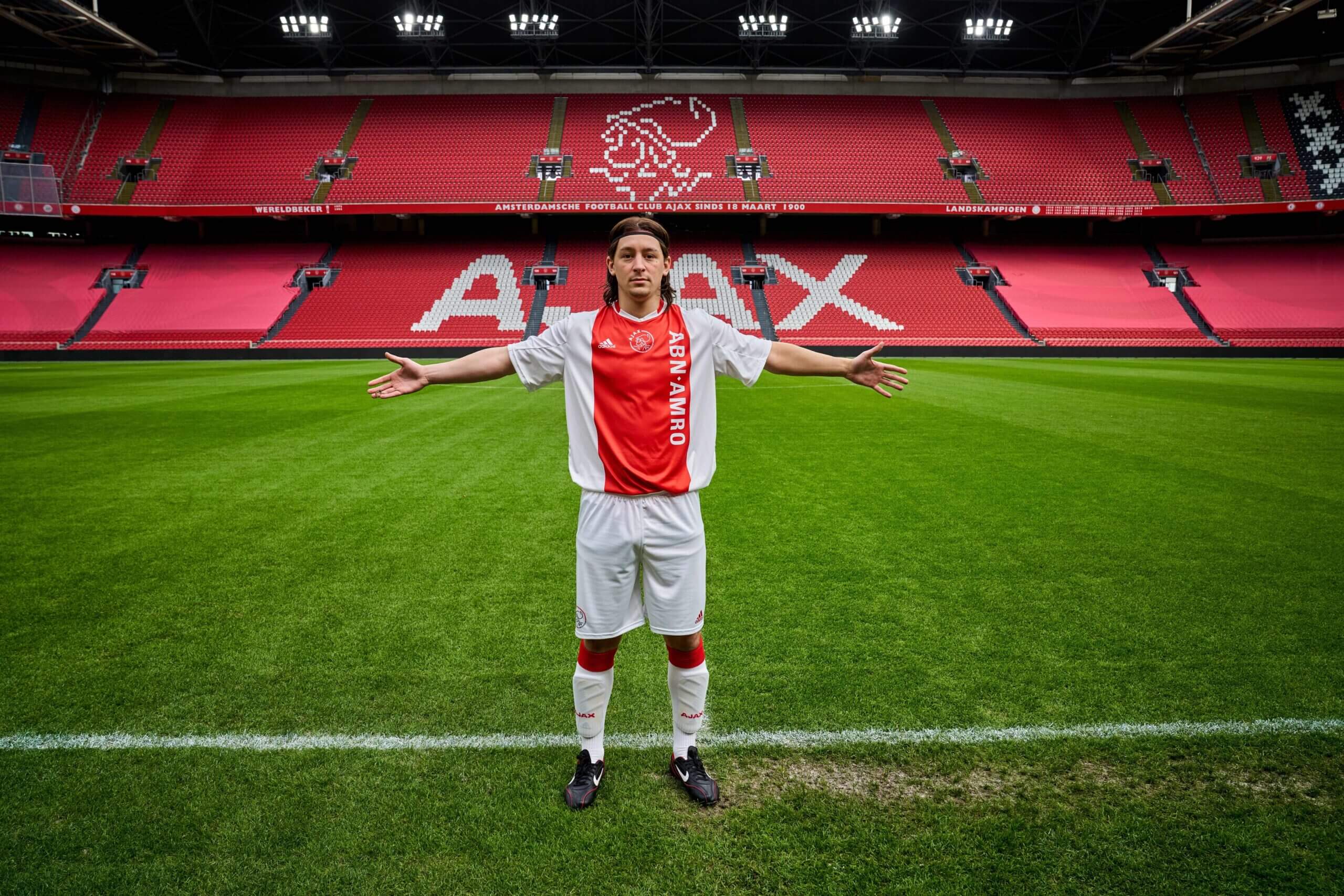 “You’ve always got to be a hard guy: you can’t show your weakness. They will kill you out there. You have to do your best to get somewhere with your life, otherwise you are in trouble, my friend.”
Sjogren didn’t just try to portray the caricature of Ibrahimovic, to be “the lion” that the man himself (often tediously) projects. “The other thing we worked on a lot was his charm,” says Sjogren, pointing out that when Ibrahimovic was younger he was “cute, goofy”, without quite as much of the alpha persona of now. “I wanted to find his smile. When Granit found his laughter, and he found it wasn’t embarrassing to laugh, we found the other side as well.”
And then there was the football. Sjogren didn’t want to “cheat” the football scenes, to get stand-ins to do an approximation of the action. He wanted to film those scenes “like a boxing movie”, very physical, with the camera among the action. “I wanted to do the football like The Revenant, 360-degree angles, on the pitch all the time, not being on the side. I wanted to see the ball coming towards us. No slo-mo, I wanted it to feel like a fist fight.”
This is where hiring a footballer rather than an actor paid off — a footballer who in some ways has been preparing for this role for most of his life.
“I’ve watched Zlatan since I was a kid. I would always try to do things like him. I have the same style as him when he was younger. Fast, technical, very strong. We had the same qualities. Of course, Zlatan is Zlatan, but I had a big chance to make something of my football. It wasn’t so hard for me to make the football scenes: sometimes the cameras couldn’t catch me up when I was running. They would be like, ‘Stop! Don’t run so fast!’.”
The knee injury that effectively ended Rushiti’s playing hopes was a problem during the shoot. So physical were the football scenes that he hurt himself frequently, sometimes holding up filming. “It was a real struggle,” says Sjogren. “It was the hardest work I’ve ever done. I’m happy I did this, but I never want to do a sports movie again.”
To the relief of all involved, Ibrahimovic is happy with Rushiti’s portrayal.
“Whether he likes it or not, I am part of his life now,” he says. “The biggest man in Sweden, I am part of his life. It’s huge.
“When I met him I was very nervous, because he is my idol since I was a kid. But after 10, 15 minutes he was very calm and made me calm. It felt like I had known him for a long time.
“I’ve been in touch with him. It’s crazy. Very crazy. Sometimes I can’t understand. When I tell my friends, I am talking with Zlatan… my town is a small town. My friends always say, ‘You’re from Eslovs, and now you’re talking with Zlatan’.”
I Am Zlatan is out in UK cinemas on June 3.